Compression (squashing) of the pelvic veins can be due to a number of causes. The most common cause is called “May Thurner Syndrome” (MTS).

May Thurner Syndrome describes a condition where the left (and sometimes the right) common iliac vein is compressed (squashed) between the right common iliac artery and the spine. It is an anatomical variant and is not inherited or caused by anything one has or has not done.

There is a continuous irritation of the vein by the combination of pulsation by the artery with the compression, and this causes webs of scar tissue to form on the inside of the vein (trabeculae).  They obstruct the flow of blood from the leg and pelvis back to the heart.

It is thought to occur in around 20-25% of people and is more common in women than men.  Not everyone who has MTS will have problems related to it, but the percentage that does have problems is not known. 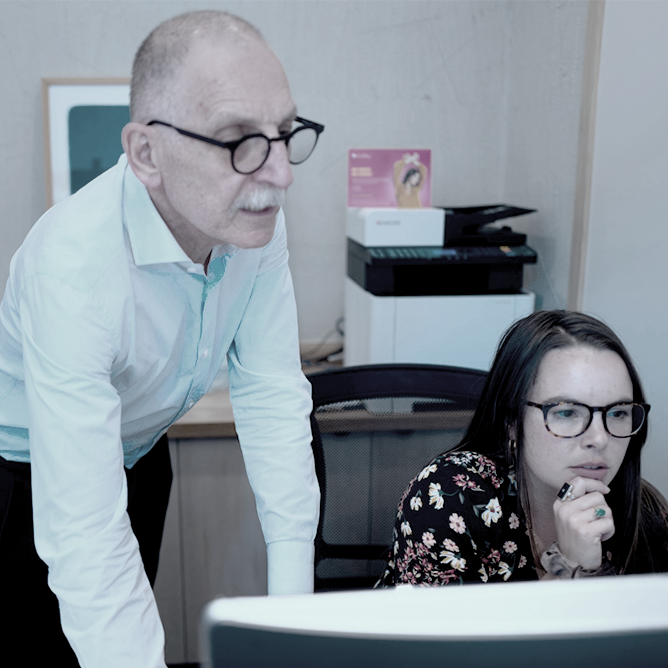 The iliac veins are located in the pelvis. They are prone to compression which is known as May-Thurner Syndrome or Iliac Vein Compression Syndrome.  Up to now, the usual way to make the diagnosis is by a combination of ultrasound and venogram (placing a needle in the vein and injecting dye).  This is getting better, but is not the “gold standard”.  The most accurate way to diagnose this condition is by using IVUS.

The condition has been recognized for many years, (described by May and Thurner in 1957) but has been difficult to diagnose easily.  Venous ultrasound is increasingly accurate as long as it is performed by a specially trained technician. Other diagnostic tools include venogram (placing a needle in the vein in the groin and injecting dye to visualize the iliac veins) and magnetic resonance venography (MRV).

Often, it is found as part of investigations for Deep Venous Thrombosis (DVT), but there are symptoms that can be associated with the May Thurner Syndrome:

In women, and some men, there is a condition called Pelvic Congestion Syndrome (see the dedicated page on this website) which can be associated with MTS.  The obstructed flow though the iliac veins causes blood to find an alternate route and this means that the pelvic veins become engorged.  This may lead to:

How can they be managed?

In patients who have a DVT related to MTS, the thrombus (clot) should be removed by a combination of “clot busting” drugs and sucking the clot out (AngioJet).  The vein will then need to be held open with a stent.  Where the MTS is causing other problems (see above), there is a place for opening the blockage with a combination of balloon and stent.

Other conditions we treat

Processing...
Thank you! Your subscription has been confirmed. You'll hear from us soon.